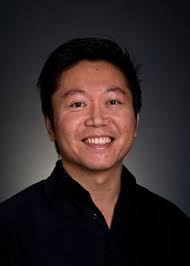 Kenneth F. Warren, Director of Polling Operations is the president of The Warren Poll. The Warren Poll has been conducting surveys for political candidates, cities, the State of Missouri, the media, and private clients since 1980, but has specialized in community surveys since the late 1980s. The Warren Poll has been featured on KTVI-TV, The St. Louis Post-Dispatch, KMOX, KTRS, and CNN's "Inside Politics". In the last three Exit Polls conducted for the St. Louis Post-Dispatch in the 1997 Mayor's race, the 1999 two-thirds-cent sales tax in St. Louis City, and the 2001 Mayor's contest, The Warren Poll's survey results were well within the error margin, being off only .8%, 1.2%, and .4% respectively from the actual results. Kenneth Warren teaches, among other courses, public opinion polling and survey research methodology at Saint Louis University. He has also lectured at European universities on survey research. He is frequently interviewed by the local, national, and international media on public opinion polling, and is author of the popular book, In Defense of Public Opinion Polling (Westview Press, 2001; 2003 paperback).

Dr. Robert Fitrakis, General Counsel, is a Political Science Professor in the Social and Behavioral Sciences department at Columbus State Community College, where he won the Distinguished Teaching Award in 1991. He was a Ford Foundation Fellow to the Michigan State legislature in 1975 and studied at the University of Sarejevo on scholarship in 1978. He is the Editor of the Free Press and www.freepress.org. He has a" Ph.D in Political Science from Wayne State University in Detroit, Michigan and a J.D. from The Ohio State University Moritz College of Law."He co-authored "What Happened in Ohio? A documentary record of theft and fraud in the 2004 election" (New Press) and has authored or co-authored ten other books. Fitrakis has won eleven investigative journalism awards from the Cleveland Press Club, Project Censored, and the Ohio Society of Professional Journalists, among others. He was an international election observer for the 1994 El Salvador presidential election and co-authored and edited the International Observer Election Report.

Jonathan Simon, Poll Analysis, is a graduate of Harvard College and New York University School of Law, and a member of the Bar of Massachusetts." His focus has been on developing election forensics protocols appropriate to the new technology of computerized voting systems. He has authored or coauthored numerous papers addressing statistical anomalies and other evidence of computerized election fraud, including most recently "Landslide Denied: Exit Polls vs. Vote Count 2006" and "Fingerprints of Election Theft: Were Competitive Contests Targeted?"

Josh Mitteldorf, Analyst, holds a PhD in Physics from the University of Pennsylvania (1987)." He has taught mathematics, statistics, and physics at Harvard University, the University of California at Berkeley, and several other leading educational institutions. Mittledorf’s statistical analyses of the 2004 exit poll discrepancy earned him a Project Censored award for co-authoring one of the most important censored articles of 2005. http://www.inthesetimes.com/article/1970/ He is currently affiliated with the University of Arizona."http://mathforum.org/~josh

Matt Pidgeon, Ohio State Polling Director, served as media consultant and pollster for Cincinnati Councilman Todd Portune’s successful re-election campaign, and as pollster and strategist for the Hamilton County Ohio Mental Health Levy. During the 1996 election cycle, he coordinated direct mail campaigns for several Illinois House of Representatives candidates. Matt went on to work for former Illinois State Treasurer Pat Quinn as a communications consultant. While working for Quinn, he planned press conferences, created web sites, designed campaign material and assisted in strategy development for several public policy initiatives supported by Quinn. When Pat Quinn ran for Lt. Governor, Matt also consulted on the successful campaign. After the election, Matt served on Quinn’s transition team and then as a Policy Advisor to the Lt. Governor. Matt left state government in 2004 to work in the private sector as Creative Director for an Illinois based marketing agency. Matt has worked on numerous marketing projects for a wide range of clients including: Synertex Health Care, ALOM Technologies, Sigma Financial and Speed Trail Broadband.

Jeff Bastan, Webmaster of WebCityPages (California) Web City Pages was started in 2002 by Jeff, who was inspired by his dream to provide more possibilities for the business owners who want to promote their businesses online. After working with over 40 diverse companies, Jeff took special care to learn about each business and its needs. He found that all companies have one similar goal in mind: results. He wants to not only provide an additional portal/venue to achieve better results, but also to provide the tools and functions to further increase those results. You may contact him at www.webcitypages.com